Last month (January 6 to be exact,), the Washington, DC area received its first snow of the season. Dropping 3 – 5 inches of snow in the area, it sent school boards scrambling to assess driving conditions and whether to delay opening or closing schools for the day. Most school systems got it right; but one didn’t, and it set off a social media storm that would take over Twitter.

Fairfax County Public Schools (FCPS) in Virginia missed the call and its students (and parents, to some extent) made certain they knew. More snow fell than was forecasted and froze quickly, making the roads and sidewalks treacherous. Close to 30 accidents – including a school bus – were reported during the early morning commute.

Students using the hashtag #closeFCPS expressed their outrage at having to report to class on time in the hazardous conditions. They also became real-time weather reporters by posting videos and photos of snow conditions, roadways and accidents. 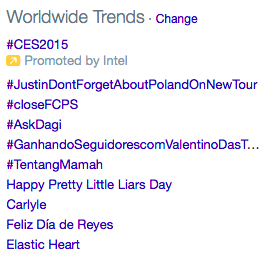 On what was the first day of the Consumer Electronics Show (CES) and the day after the premier of The Bachelor, a bunch of outraged kids in Fairfax County became the top story of the day, trending no. 1 on Twitter nationwide, second worldwide, and received coverage by the Wall Street Journal, Washington Post, BuzzFeed, USA Today, The Huffington Post, as well as making lead story on all the local news channels. And as the day went on, the hashtag took on a life of its own.

How’d they do it?

For students who were supposed to be in class, they certainly spent an inordinate amount of time on their smartphones. As a parent of a teenager who attends a school following the snow policy determined by FCPS rulings, I had a first row seat to the social media frenzy. What can their success teach us? Here are five critical components that I observed:

Beyond a formal apology from the school board, the students also got their snow day a day later (along with the following two days of delayed starts) while the rest of the school systems in the area were back on a regular schedule. But what they may have gained, more importantly, was influence.

The question is: Were the delays and school closing due to the weather/road conditions, or was it because of the public shaming on Twitter? We may never know, but let’s see what happens on the next snowy day in DC.

Incidentally, that was supposed to be where my story ended. But with snow in the forecast for the following week, I decided to wait to submit this post for obvious reasons. On Tuesday, January 13, the DC area received less than a half an inch of snow. And while other school districts announced a two-hour delay, Fairfax County closed its schools. #FCPSstudents #Winning